‘A New Member of the M Family!’ shouted the marketing hyperbole in the run up to the awkward, slightly wooden launch of the M10-R, streamed live on YouTube back in 2020. Yada yada yada! I thought to myself. It’s all just selling, bigger numbers must be better, so ditch your current Leica and herald 40 million pixels that nobody asked for, megapixels that great swathes of photographers will never need. Slower in-camera processing, poorer battery life, more severe vignetting, monstrous file sizes to add molasses to the computer, and no perceptible, creative advantage. 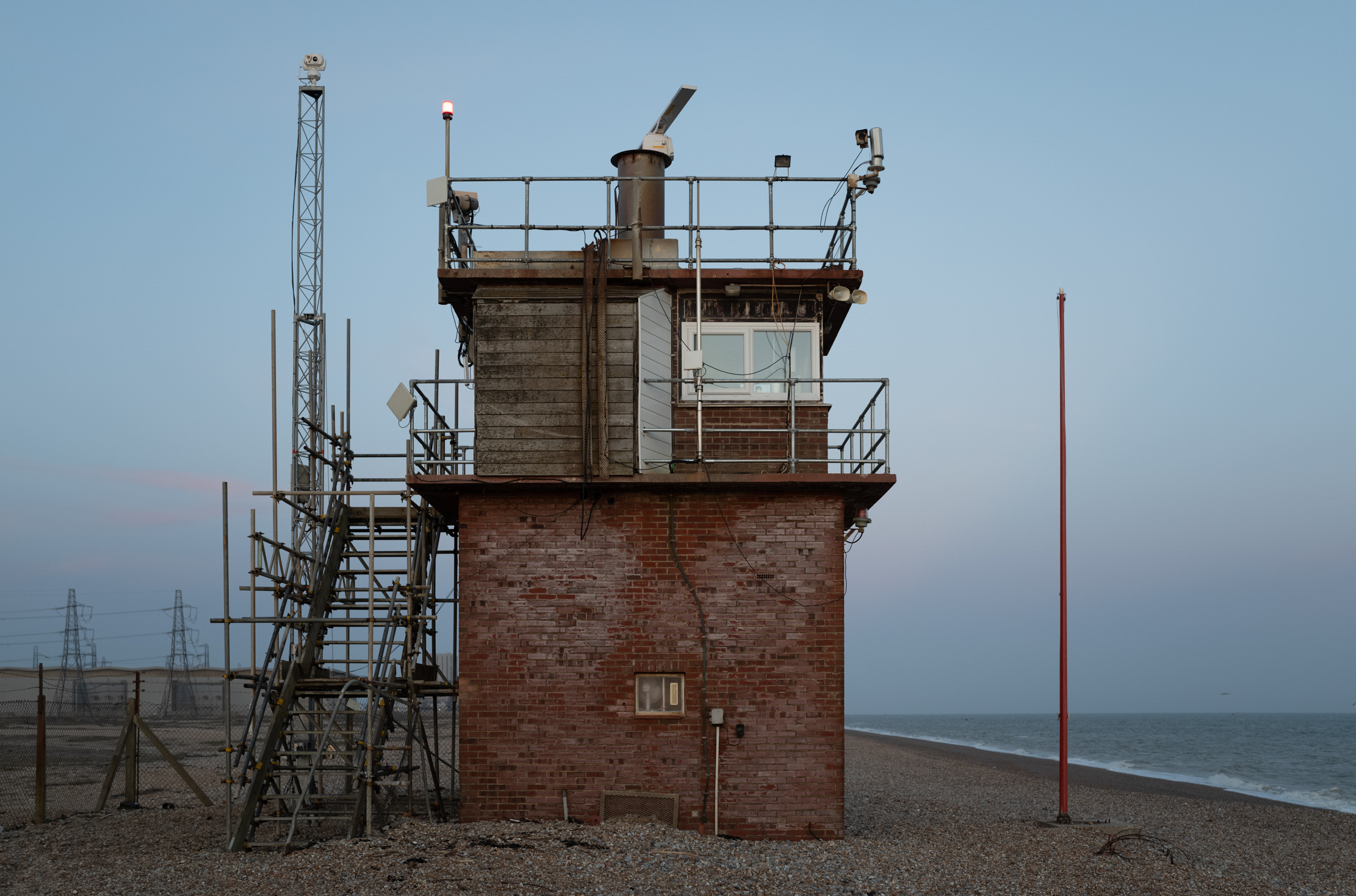 ‘It’s so useful for cropping,’ I hear all the time. Cropping! Cropping! Have you seen those raggedy black lines around the world’s best photojournalism? They represent the whole intact image, as seen live and in real time by the eye of the camera. That black frame says, purposefully, ‘I do not crop, this image is true, it has integrity and purity of vision.’ Cropping, on the other hand, represents an anarchic free-for all. Where is the discipline, the arranging of elements, the juxtaposition, the tension of that discovered, fleeting moment? What has become of the entire raison d’etre of those framelines in our beloved viewfinder?

Or the argument goes, ‘you’ll need all those pixels for big prints.’ How big do you print? I’m going to hazard a guess that less than 1% of Leica shooters have ever seen an A2 print of their best images, let alone a poster or billboard. Most of us shoot and share online. Some will make lovely books or present on other paper matter. A full bleed double page spread in a printed magazine typically looks good and crisp at around 12mp. 12! 24mp already seems quite obese to me. I travelled the world for a little while in the noughties, with a 12mp Nikon D3. The pictures are as good today. They haven’t shrunk or deteriorated in the light of the new sensor technologies. They do not cry out for more pixels. 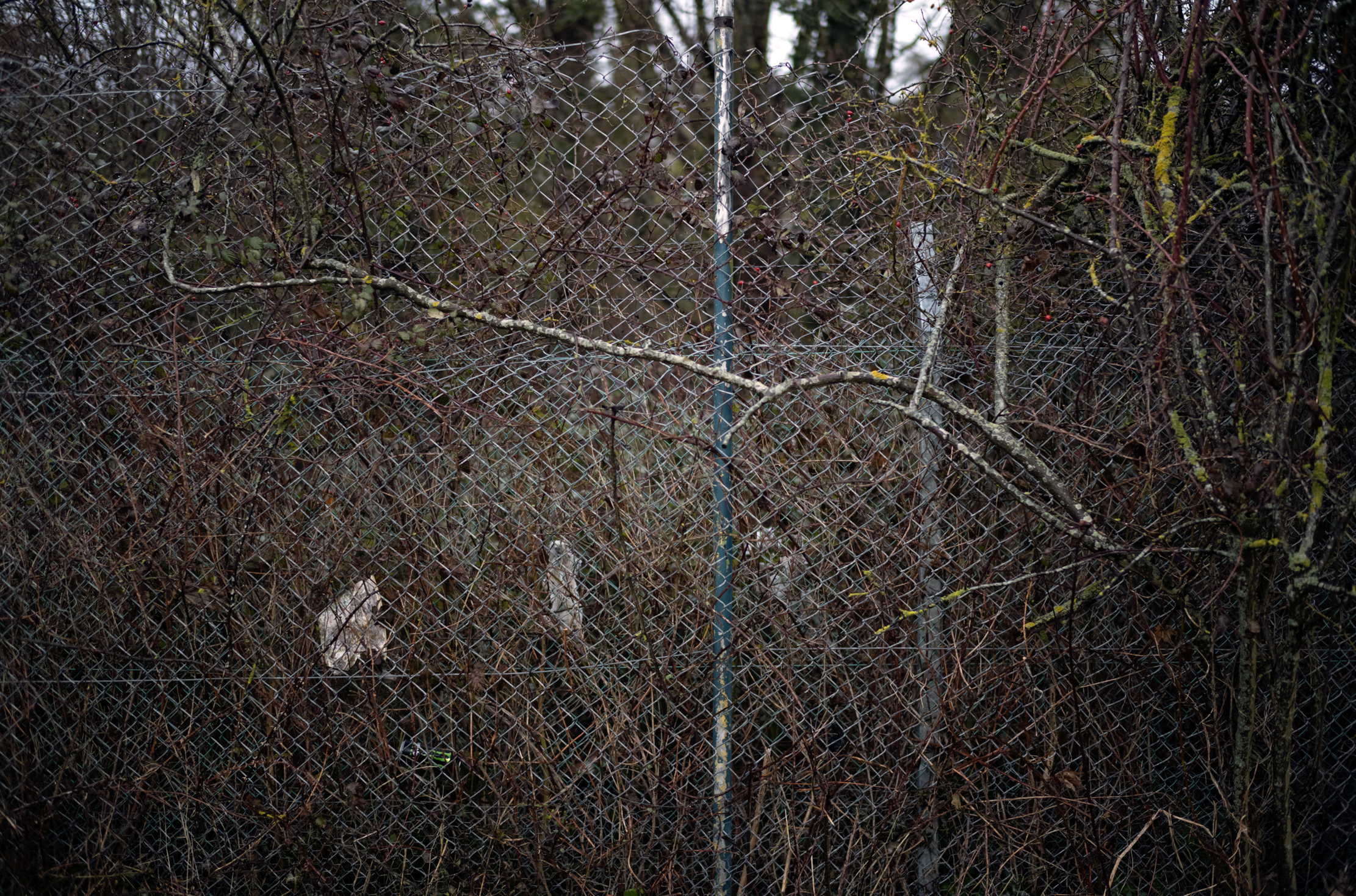 The fly in the ointment for the extra resolution equals extra detail formula, is viewing distance. Before the ubiquitous screen, we could never look at an image at 100% without a loupe. 500% was beyond our wildest dreams. Now, you can see the dots in the date on the postmark of a letter on the faraway mantelpiece in a grand country house dining room – on the screen. But to view that image on a wall, at that same level of enlargement, you would need to stand across the road from it. Pixel peeping? Get over it!

Then came the December launch of the blacked out SL2-S. This caught my interest. Here was the love child of the SL and SL2. The original camera, now paired with all those useful, contemporary features like IBIS, low noise at high ISO and the newer viewfinder, yet miraculously freed from the burden of 47mp. I felt the weight fall from my shoulder and promptly sidegraded to the stealthy lump, putting my money where my mouth is. M10-P, SL2-S and the invincible Q-P. The gang of three, all at that sweet spot pixel count. 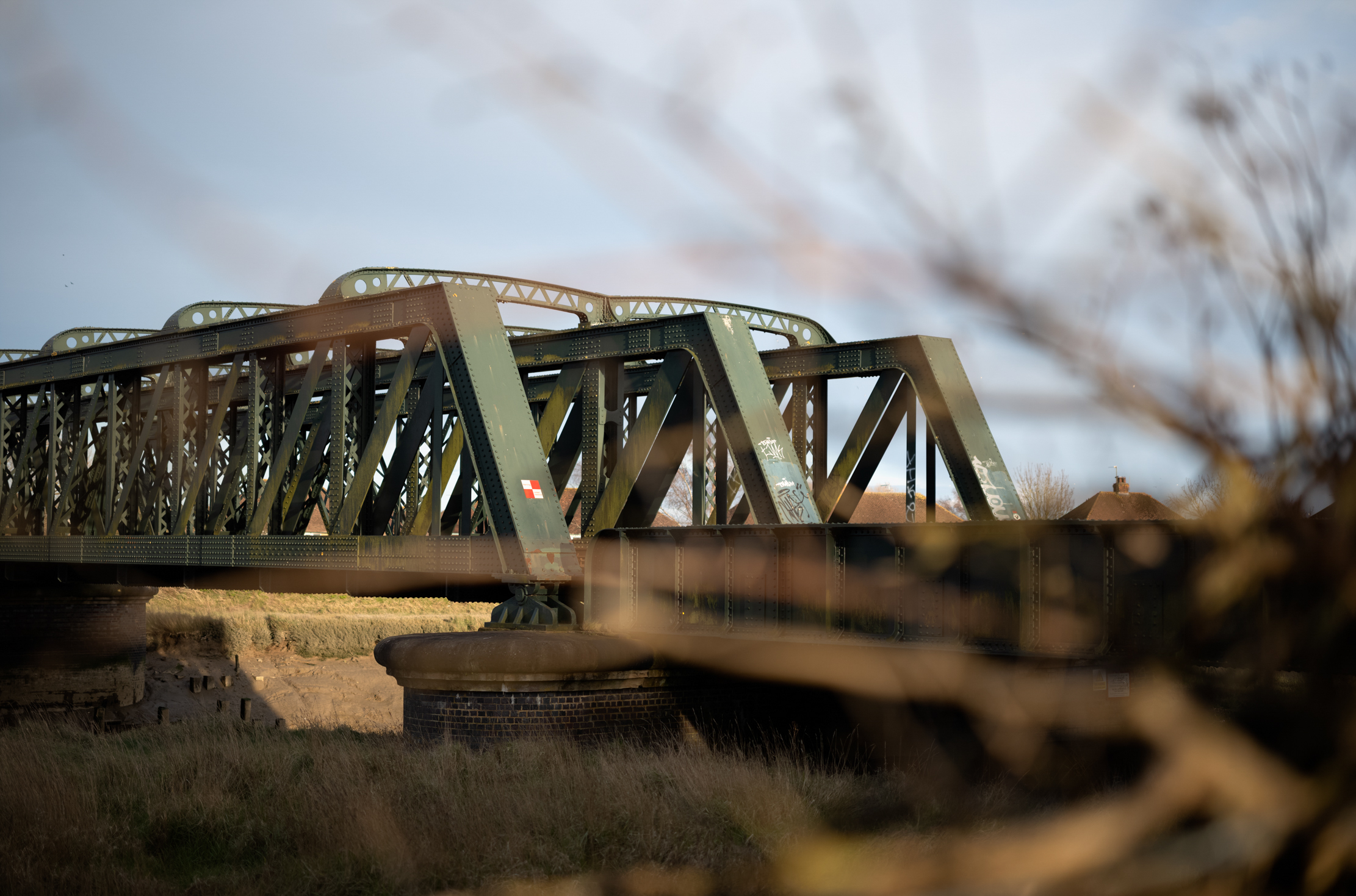 February: Another lockdown, doubling the misery of the bleakest month of the year. As I lounged nocturnally, slowly fattening on the sofa, YouTube beckoned and little by little, I was lured into multiple reviews of the M10-R. I sat to attention, ears pricked, eyes on (literally) red alert. These images were seriously different to my Leica files. They were glassine, filmic, magical, even on the lo-res of a domestic TV. I felt the panic rise, the panic caused by that rift between unnecessary spending and the absolute realisation that sometimes (and only sometimes), there is genuinely ‘better’ available.

I negotiated with myself, committed to examining all the M10-P work from the last year, looked with fresh eyes at the dynamic range and noiselessness of the M10M, denied the burnt out highlight detail of both cameras, paced up and down, became irritable and tense. Then I spoke to Jono (Slack). ‘Fuck, yes!’ he said. Just that. I quizzed him further. ‘That’s what I said when I saw the first M10-R file appear on the screen…’ I zoned out after that, getting busy ordering one, juggling the finances, putting both the M10-P and M10M on eBay at highly inflated prices in case I changed my mind later. 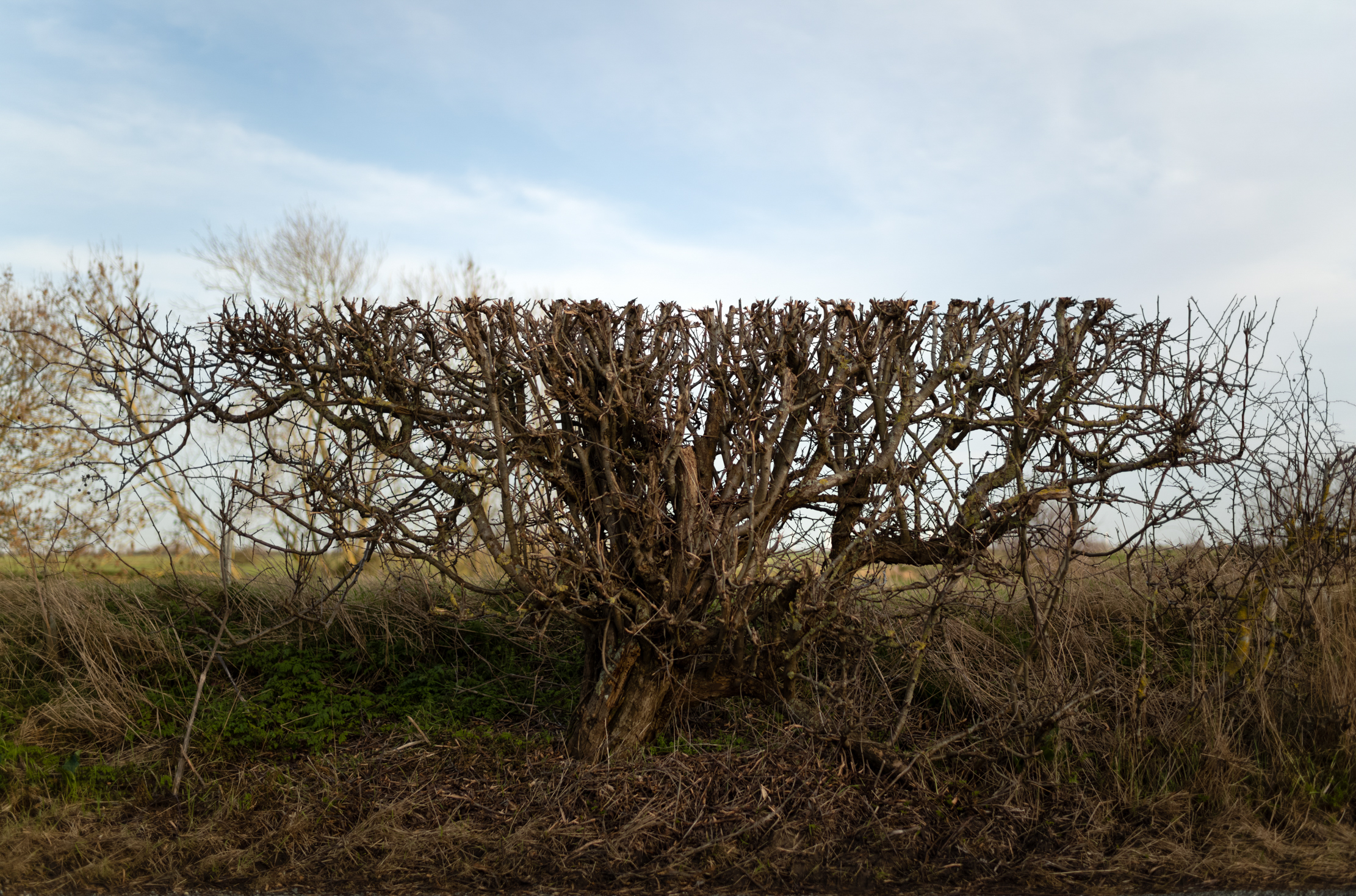 Three months in and I have cracked the code of what the R stands for. Leica will suggest, in the Sony vernacular, that the R is for resolution. But after countless man hours of fearless research, I can reveal the truth, here, now, for the first time. The correct name for this M, is M10-Rückhaltlos – uncompromising, complete, implicit. Frankly, the ‘10’ could be dropped: The M-R. With this sensor, the M has completed the transition from top-of-the-tree status in film days to the exact expression of that same endeavour for this binary age.

As a teenager, I was suspended from school for dying my hair. ‘Field is now appearing in Technicolor!’ boomed Mr Bailey to the trembling assembly. The same can be said for the M10 Monochrom (which has now left the building). That same velvet tonality is here now, with a palette I have never seen before. I am unashamed to admit that this camera has literally brought me to tears with the beauty of the world. Not ‘the’ world, but its ‘world’, where I would choose to live. I have shot over 6,000 images in the last few weeks and, at all times, the pictures improve on reality without that improvement being identifiable or obvious. It is discreet and delicate in its render with all the sweeping gradation and three-dimensional sculpting of the Monochrom and the highlight control of the SL2-S. It has a properly low base ISO of 100 and loves the best of Leica lenses, (especially the APO variants from 35mm to 135mm) but I’m currently besotted with the tiny Elmarit 28mm, Leica’s smallest working lens. 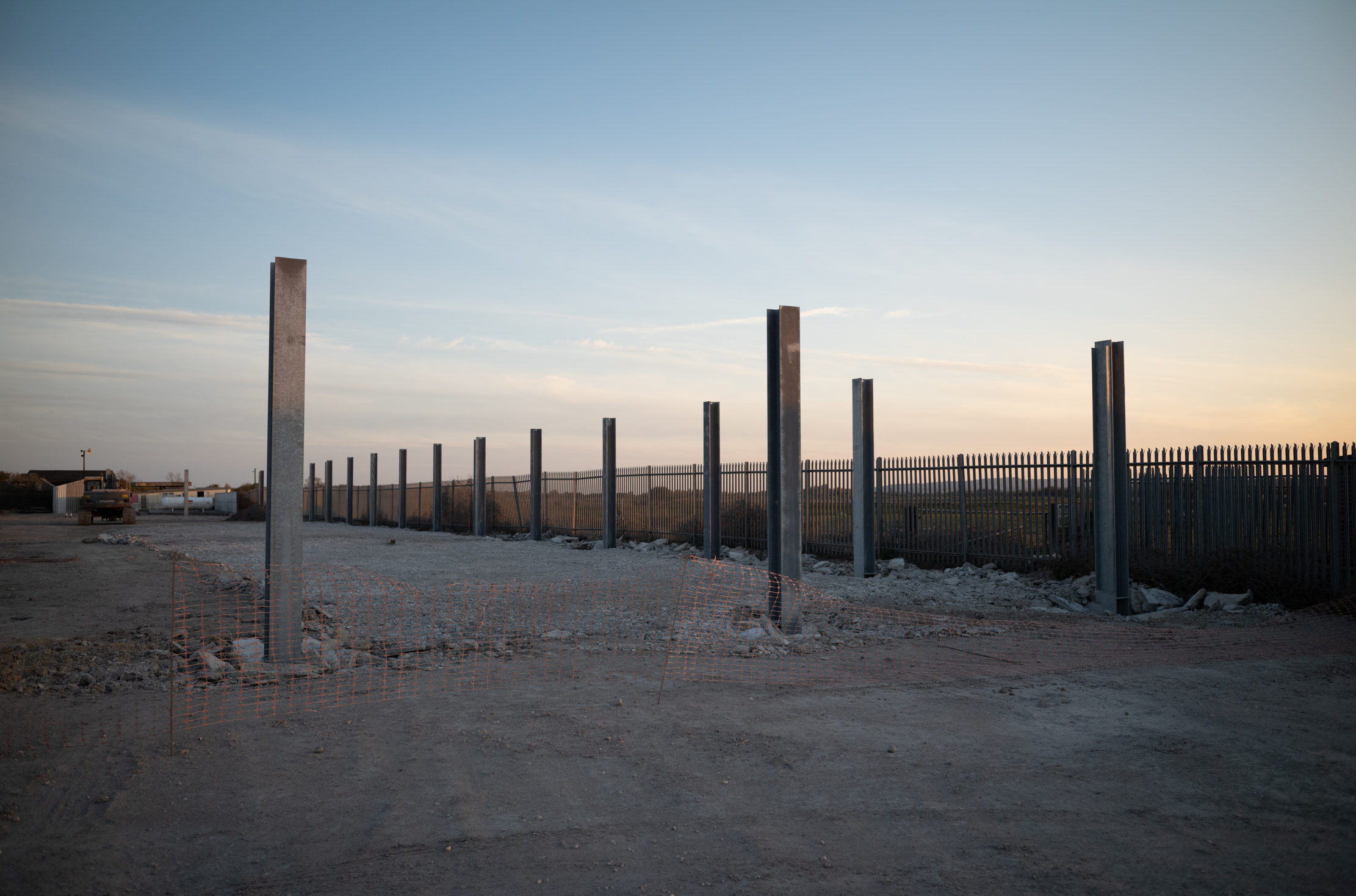 I am no longer much of a working pro. I have the privilege of choosing and using kit that makes (or lets) me feel like an artist, though I still find it hard to think of myself as that. From this new perspective, my requirements are not what they were. The cameras I use now are for me and I value cathexis – the investment of emotional energy in an object or idea. I value feeling bonded to the instrument I take out, to encourage those Zen moments where the light, the subject, my heart, hand and eye join up to make something that matters – to me. As the commercials warn, your mileage may vary. But to this end I am committed to simple, elegant equipment that is good at getting out of the way. As it stands, this means the M10-R is centre stage and leaves me wanting little. 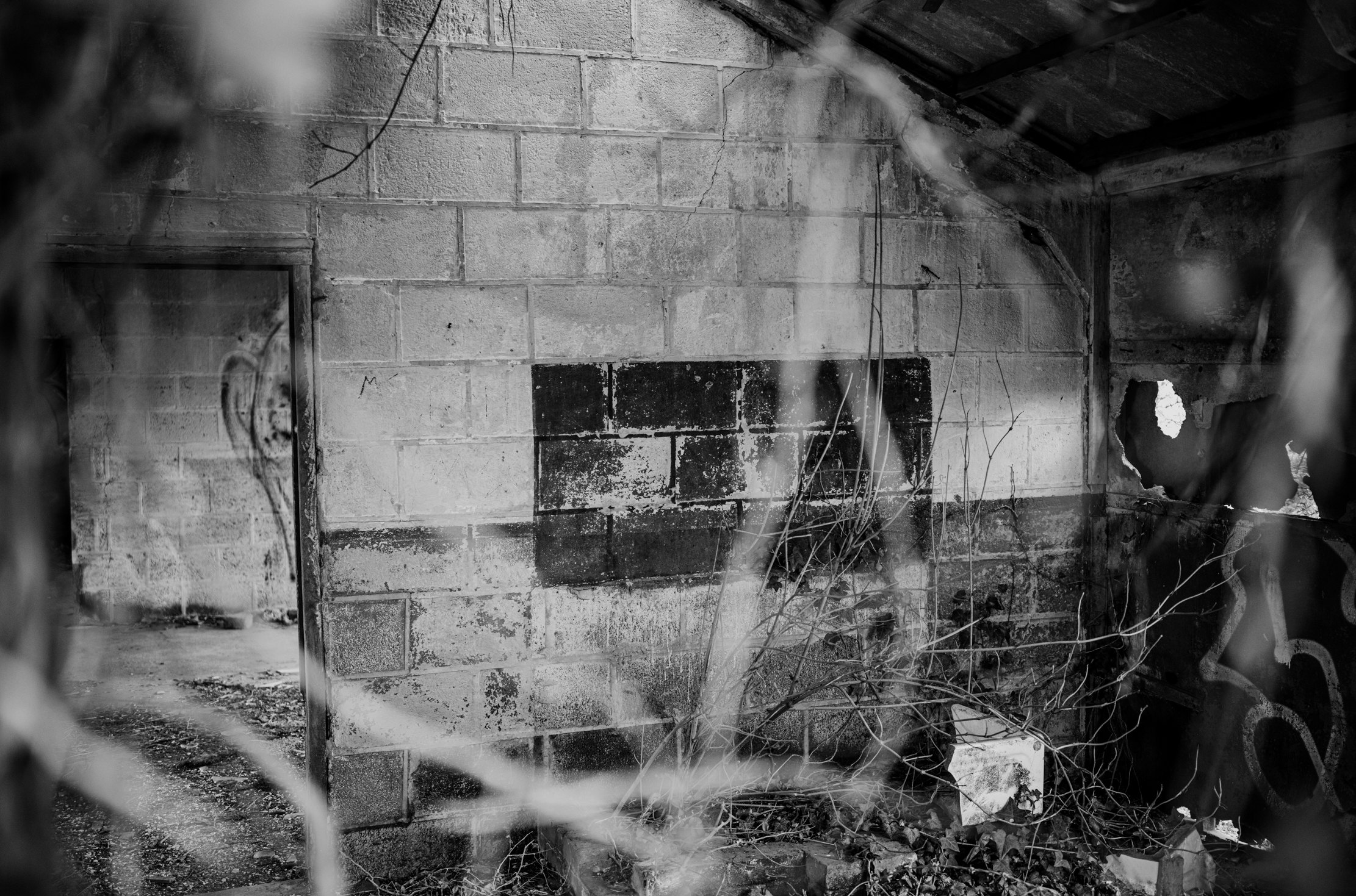 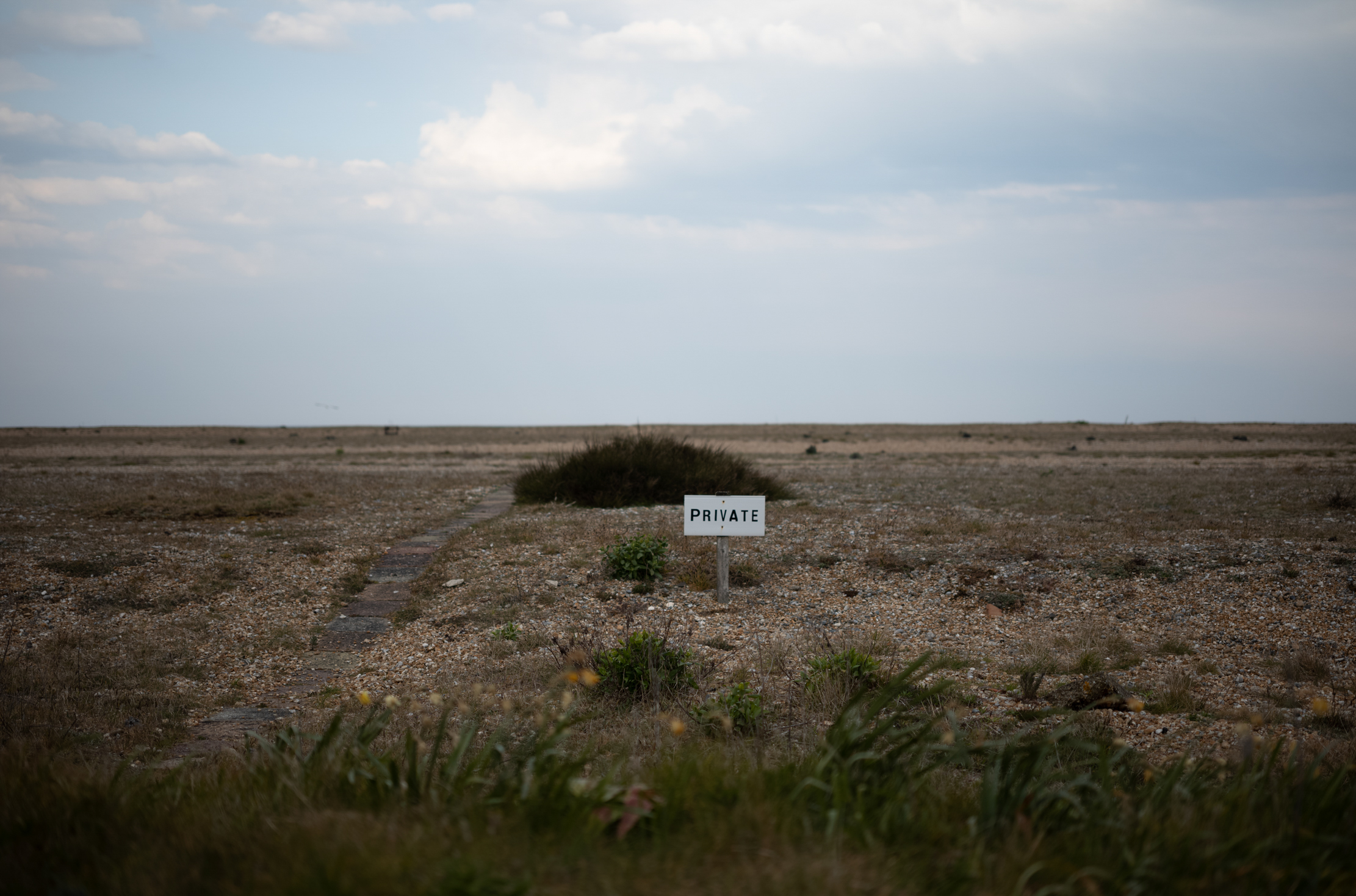 From where I stand now, with limited future vision, I worry for the M11 (not the nasty motorway to Essex which should be enough in itself for Leica to skip that number). I hope they don’t pursue the race for ever greater megapixels, and if they do, I hope they don’t put it at the front of the campaign which, in the case of the M10-R, cost me many months of misconception. If it had been sold on its genuine merits, I would have bought one on launch. My guess is the upgrades for the next M might be useful, like buffer size and speed, electronic shutter or weather sealing. Unlike the SL to SL2 transition, I expect there is little appetite for popularisation: no flippy screen, no IBIS, no indentation to counteract the slippery bar-of-soap haptics. (I recently had to buy the OG SL again, for its simple brutalist design; I need only look at it to feel like a ‘real’ photographer!) 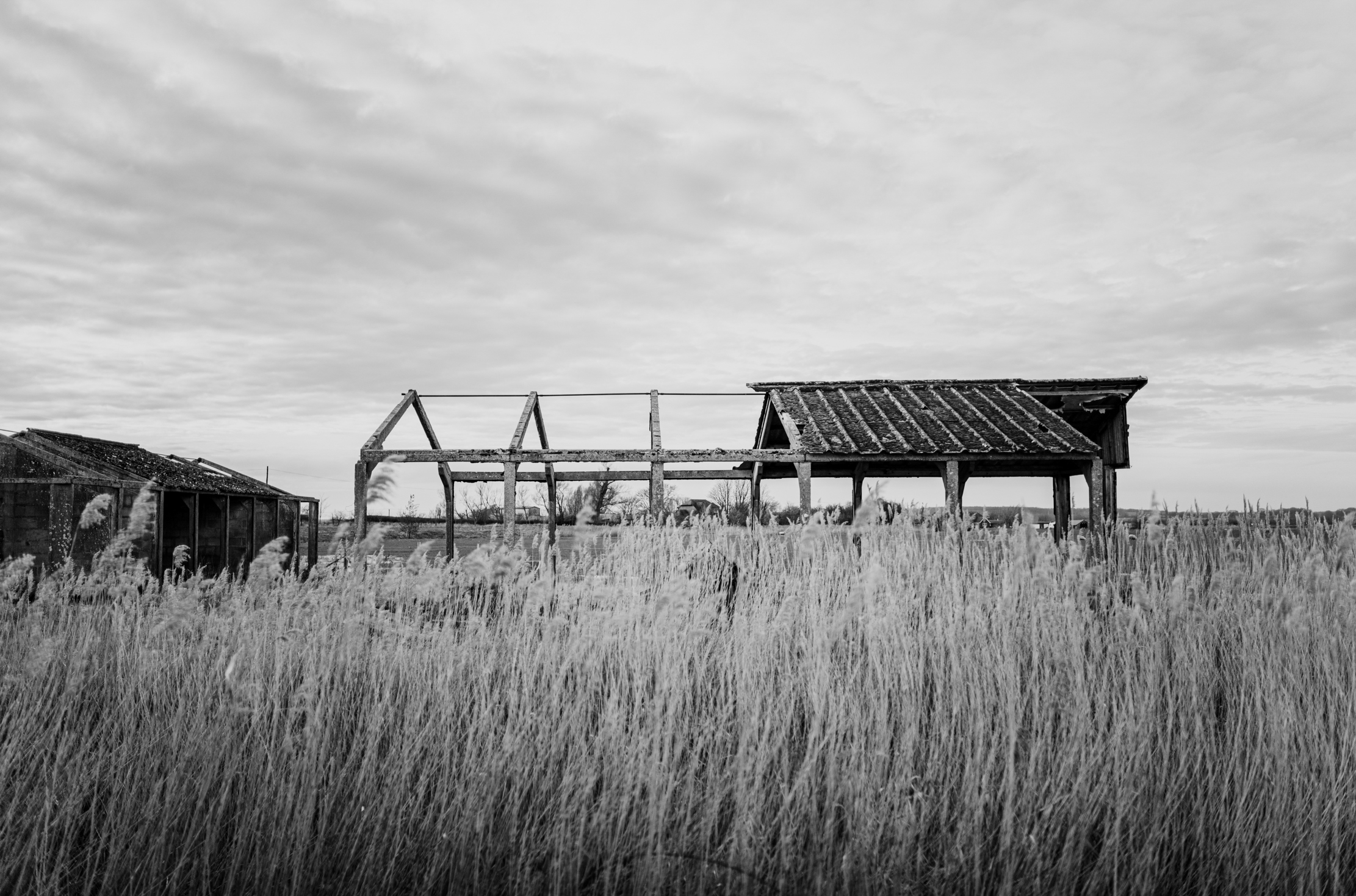 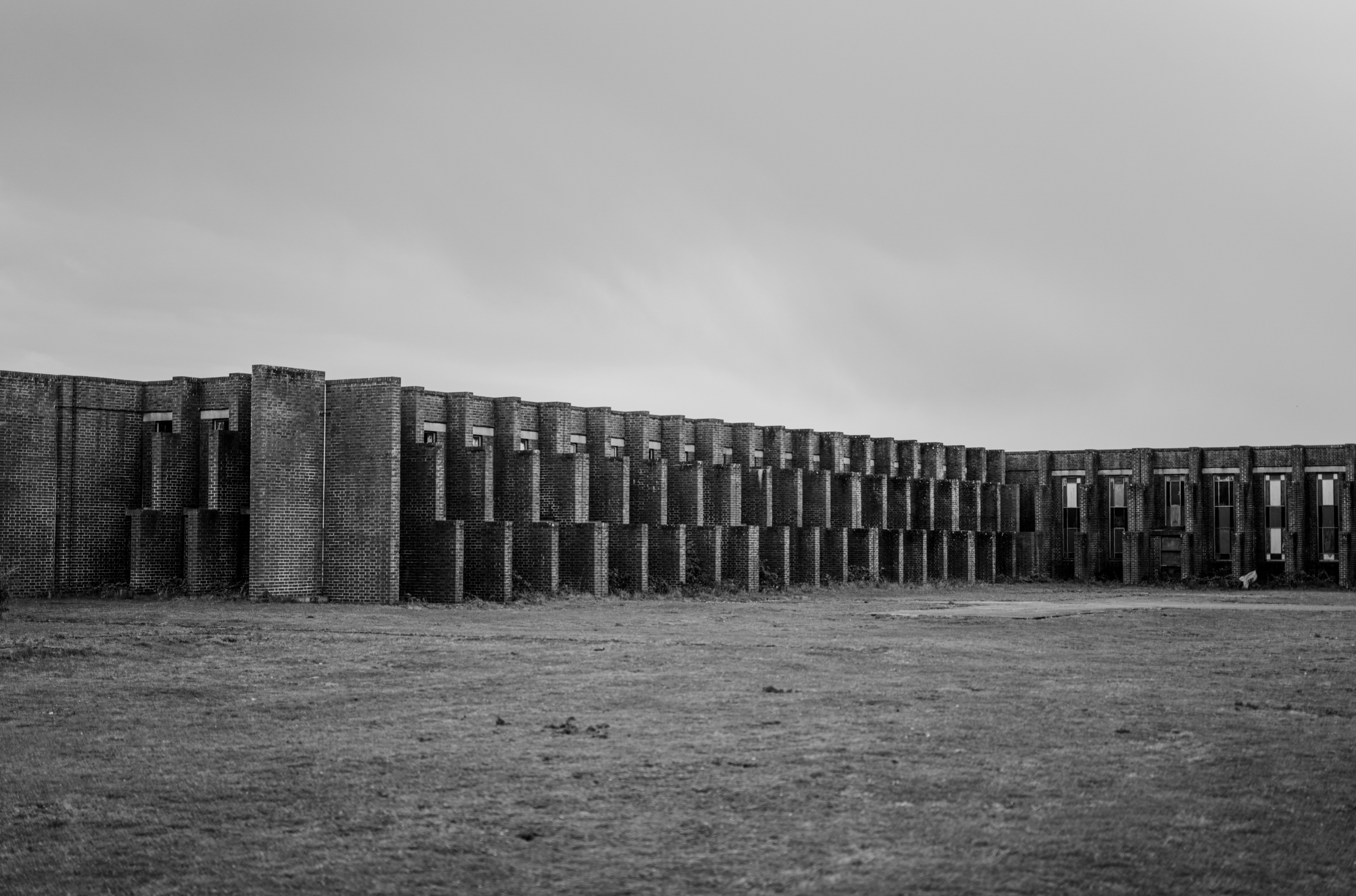 If pressed, I will confess my M11 wishlist: I hope that Leica keep this sensor and go on to squeeze more out of it in the imaging pipeline (if that is even possible). I ask that they finally let go of the throwback bottom plate and that we are given the fat SL battery, with its gun-cocking chic. Next, I would be thrilled to find a bespoke, svelte, eye-res EVF that is pleasant to use and that Peter Karbe himself would prefer to the current Lego designed Visoflex. And to finish up, I hope they do none of the above so I can stop buying new and improved shiny things and be quietly left alone with my current, red-dotted, uncompromising, complete and implicit M. 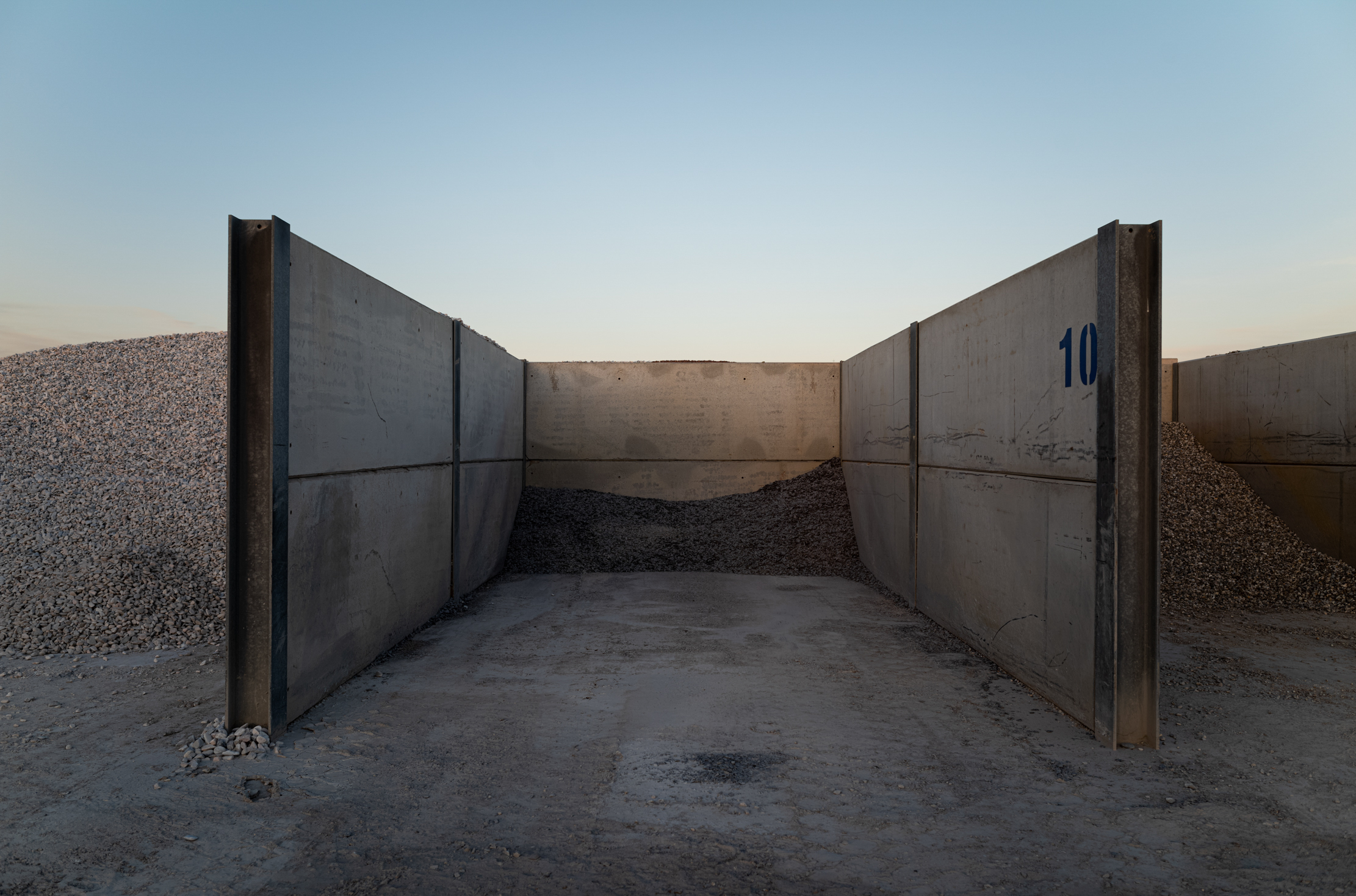 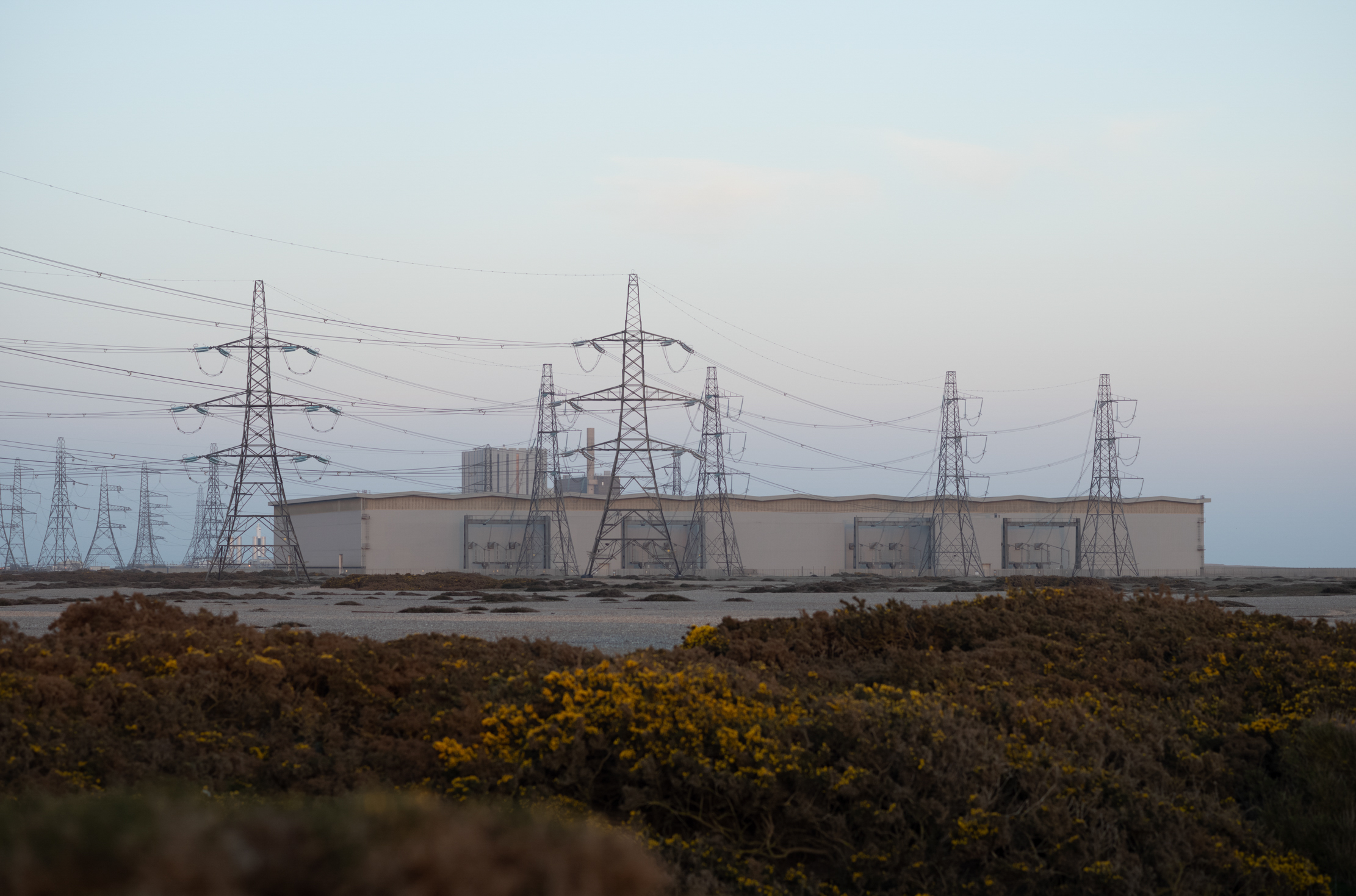 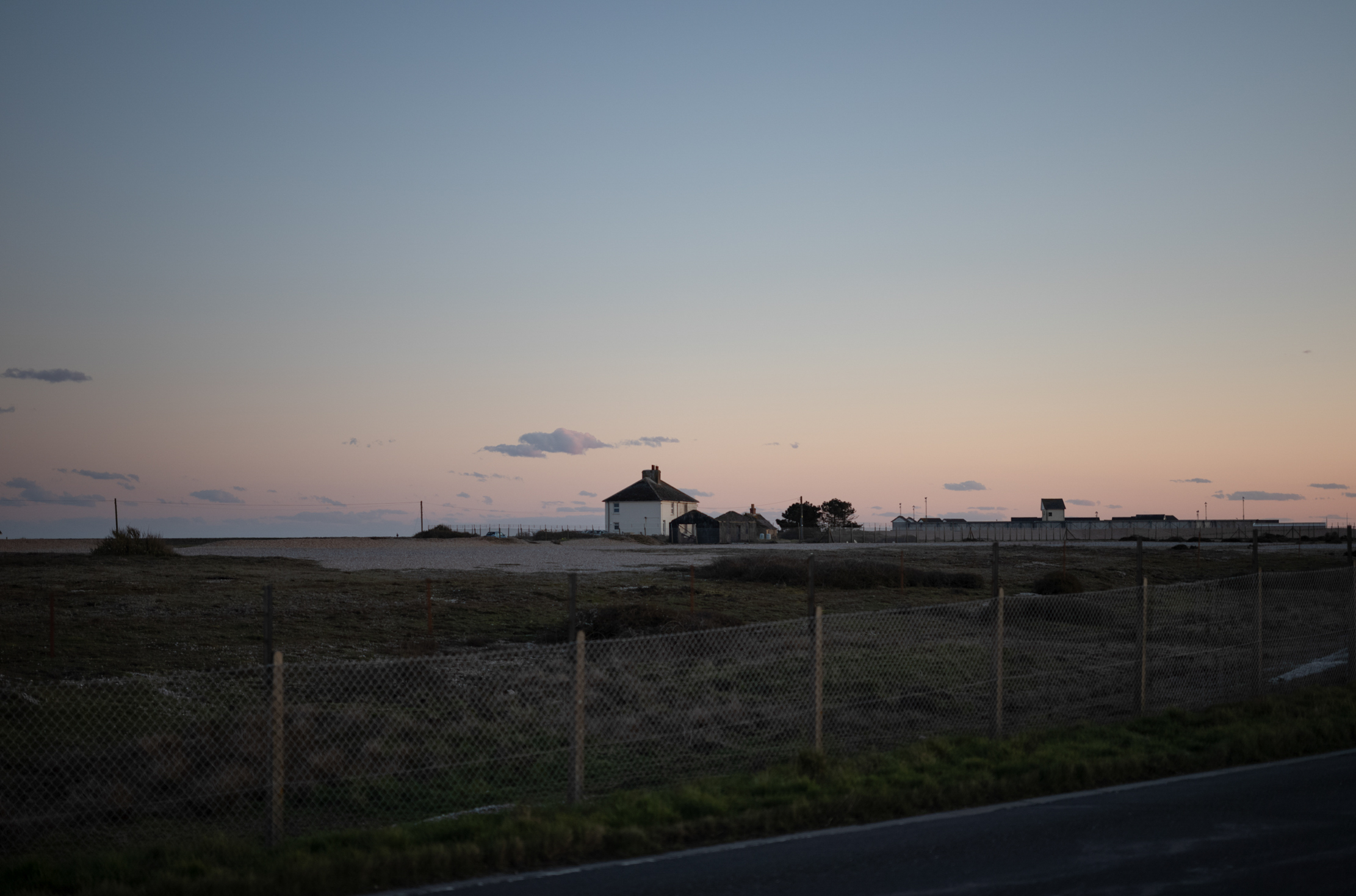